Why you should buy direct from makers, not resellers. 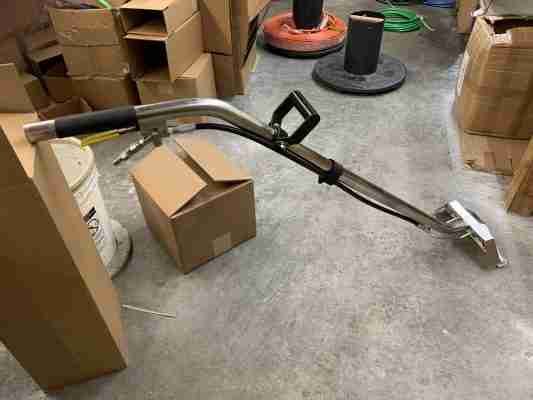 Let me explain why I don’t sell to wholesalers.

Lots of reasons but mainly is it puts too much on their plate.

I feel buyers deserve the pick-and-choose model, not the this-is-what-you-get model.

In the truckmount makers world, they are famous for making truckmounts then throwing other peoples’ products in to make it a complete package; as if it all made a proper fit – it doesn’t.  Many even rename these other parts in an attempt to fool the buyer into thinking they were all made by the manufacturer.  It’s a lie.

I just made it for a portable guy. It’s the last of the one-size-fits all wands I make.

To many a supplier it’s a proper fit wand.

With rigid wands like these, the length affects where the vac slot contacts the ground. A cleaner might need to lift or lower the wand to compensate causing him to develop back or shoulder problems over time. If resellers cared, they’d be custom fitting their wands to their customers body size, like pro golf shops custom fit clubs to the weekend golfer. But on the carpet cleaner supply world they could care a less – Wands are just there to complete their line.

It’s why my custom tools are not on shelves all over – suppliers would have to stock a dozen of each model which they would never do.  Worse yet, they’d actually have to understand the various tools – kinda tough when the average ‘sales’ person is skilled in selling & marketing; not necessarily making and fitting tools to users.

All this came up in a forum where a truckmount maker was kinda pissed at me cuz I wouldn’t sell him my stuff so he could resell it.

He was liking a tool made previously by Tony Dang, a guy who means well but is not a wander and who gets in a hurry making tools.  I’m remaking his tools for him since he had his stroke.  I explained that in this little stair tool he made, the angle he chose for his vac slot is way off. 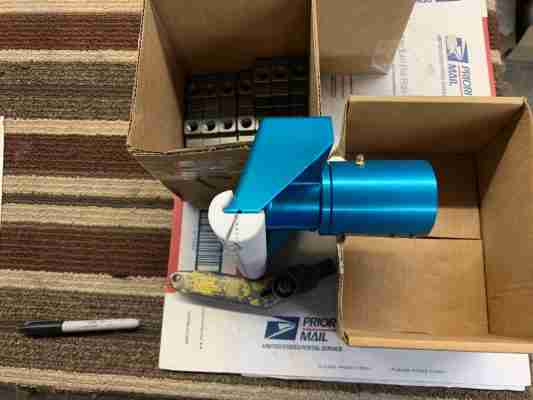 To sell what he had as right (and the truckmount maker thought made sense) it would force the user to hold the tool nearly vertical – utter nonsense to a wander.

I had to explain that wanders use brushes for getting into crevices and wands for extraction?

This truckmount maker may know truckmounts but he is not a wander so why should he be selling wands?

I don’t sell my stuff to wholesalers, resellers or manufacturers and/or suppliers for these and a dozen other reasons.

Basically, they are all just salesmen.  I tried for years selling my Cool Cuffs and such through suppliers and eventually fired them all when it became obvious that they were only in it for reason – to make money for themselves.  To me, as a wander I knew it is was not right.

Name any tool, then find the best tool in that class and you will probably find a real user who builds it and understands it and is probably better at using it than many of the users who will buy it.  He/she should be the one making, selling and servicing that tool. Period.

We should all do what we do best and stay out of what we don’t do best.

For those falling for the ‘package deal’  please reconsider.

We all do financing nowadays, not just the truckmount makers.
Don’t be held captives by these thieves and con artists.

I see guys doing their own picking-and-choosing all the time.

It’s no big deal for the guy/gal who knows what he/she wants to get whatever he/she needs.

I’ve sold to guys who got their truckmount from a package deal suppler then actually sell off their inline filter, their hoses and their wands just to get mine. Or some of my stuff, another manufacturers stuff and more stuff from Walmart. It’s all good. To think one suppler has the best in every category or even close to it is naïve and lazy. Of course that’s the customer salesmen seek.